Melancholy weekend for the NFL. Almost didn’t leave Dowd-Studios on Friday for my weekend shop. See, I gather all my food for the entire weekend so I don’t have to leave my chair(s) while watching all my favorite gunglin’ pals. Is it hoarding? Maybe. Is it like a bear or squirrel hibernating in the woods? I think so; that’s why I think it’s smart. Has a squirrel ever done something stupid? Maybe one has, but I don’t think I’ve ever seen one. Chip and Dale are rescue rangers. Rescue. Rangers.

We lost two superstars of the NFL. Al Davis and Hank Williams. I’ll get to Al in a second, but Hank’s loss is just as troubling. Al changed football managing. Hank changed football music. I remember years ago when Faith Hill became the Sunday Night Football singer and my first thought was “Maybe if the mask is thick enough I could lose breath for close to a minute as she lays on me.” I know.

Never thought that with Hank. When I see Hank I think that man knows football. That man knows sandwiches. The recliners are open pal. And they’re full of snacks. The Dowdvitation is open…. 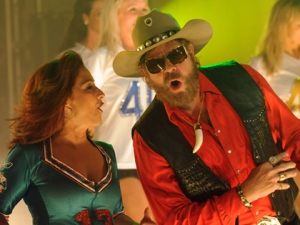 If there was double decker corn beef and turkey, this picture would be perfect.

My two meetings with Al Davis. I met him back in the 80’s when I was a young intern working for the LA Raiders. 13 years old and I already knew I wanted a career in professional football. Only one caveat: who would  give the opportunity of a lifetime to a young lad such as myself. Al Davis would.

Davis gave me and many others, many of whom are friends to this day, the opportunity to work for pro football. From dropping off clubhouse equipment to calling the occasional play, I learned everything I know about being an executive from Davis. They don’t call me the President of GM Operations for nothing: I. Learned. It. All.

Years later I ran into Al. I had recently suffered some personal troubles after my release from the New Mexico Pueblos (32-79-1 over 7 seasons)* I had just left sexual rehabilitation and was searching for myself. I could no longer turn to the friends I had made with the Pueblos***, so I turned to old friends: my former fellow interns.

*Though I still think that tie was bull! Trick punting for a game tying touchdown run?** This isn’t NFL blitz. That’s not real football.

**Sure, the game was tied in the 2nd quarter…. BUT STILL! Burnt toast ruining gooey provolone covered grilled chicken!

***My last day was exactly like this. Minus the clothes. Plus a gun.

You’d be shocked how expensive a one way flight to southeast Vietnam can be. But like an over-priced, family run Jewish deli, the pastrami is worth it. I went to southeast Asia to find myself. There I rejoined one of my former intern friends: Nedak Shurm. Nedak was a wonderful business man who ran many legitimate businesses for tourists. So legitimate, even Al sent us an email saying he was proud how we did our jobs regardless of what the “community” thought.

Like Al before us, the local people were not happy with our perfectly legal businesses. Hell, even some idiot lawyers and cops got on our case. Al made sure nothing deterred us. Even when they tried to pin that opium den on Nedak. I knew Al was proud of me. That’s why I left Nedak behind with nothing but the clothes on my back. I even left my cell phone. I was that excited to get out of there and return to football. Heck, I outran numerous people to get on that boat to the mainland..

Thanks Al. Wherever you may be.

Thanks Nedak. Wherever country you were extradited to.

1. Oakland has grit. Oakland has guile. How bout them Raiders? Playing a mere day after Al Davis dies. No doubt every one of those players had a close, personal relationship with the distant, alienating owner.

2. Dream Team is OVAH! Gunslinging the Eagles be not. It’s almost as though they don’t want to win. Maybe Al’s death affected them. Maybe. We’ll never know for sure, I think. But I do think I know this: Vick is not the answer. They are built to win. TEBOW! Eagles gotta trade for the gunglinger. He’s rested and learned from the best.* Vick looks like warm cole slaw on shaved maple ham: GROSS!

3. NAWHLENS and COWLINA! Gun. Sling. Ing. That’s football. Forced passes, 6 receivers, EVERY PLAY! Maybe both these teams are destined to meet in the big dance. Who knows? I think I do: they will! Maybe. New Orleans (4-1) and Carolina (1-4) are virtually the same team. Fearless quarterbacks who will never not throw and a 1 and 4 in their records. What are they? Clones? I’m seeing double! 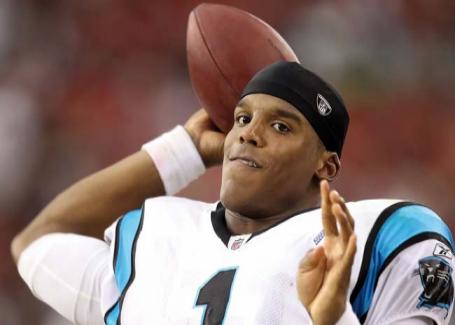 Drew? Drew Brees is that you?

4. I think Hank Williams should get his job back. The man did nothing possibly wrong (maybe). It’s his God given American right to call Obama Hitler. What any employee does in his own time is his right. The Dowd has always stood up for employees who have had troubles in their personal life but always perform their jobs exceptionally well.* If a person calls out the president, rubs syrup on 17 year old Asian intern, goes through a divorce, uses company web cams to film himself pleasuring himself and sends a mass email of the link…. it’s not the man: it’s the legend. Mickey Mantle was a drunk! Do we remember that? No. Do we remember Charlie Sheen’s drug addiction? No. We remember WINNING! And 8 classic years of Two and Half Men.**

*Ed Note: remember Dowdman’s win-loss record as an executive? You already read it.

**The only thing the Dowd watches other than football. Although I’ve seen a few clips of that Gossip Girl show…. NO! One day at a time…

Think: Me, Hank Williams and the Sheen enjoying snacks, recliners and football at Dowd-Studios? That's the definition of winning.

5. Big Ben Roesthlisberger gets what he wants one leg, two legs, no legs the gunglinga gets what he wants! He stormed the field with a bad injury to his leg and no one knew otherwise, I think. He caught the snaps, stepped back, forced his passes deep down the middle, and made the defense choke. He held that defense down and slapped their faces. All on one leg. Imagine what he could do with two legs? Or just a single person?!

Matt Cassel, KC Chiefs. 4 TD’S! O INT’S! That’s a touchdown to interception ratio of infinity, baby! That’s what KC was looking for when they snagged Matt “Am I a Gunslinga or ain’t I?” Cassel. He was phenomenal yesterday for a passer rating of WINS ARE THE ONLY STAT THAT MATTERS. Sure KC is only 2-3, but they look like Super Bowl contenders now. Wins don’t mean that much. Not yet anyhow, I think. Maybe all they need was a good ol’ Casseling!*

Congratulations Cassel: you’re the salami, mozzarella, basil, oil and vinegar on a french baguette. Not to special, but just large enough to get the job done!

1. Patriots – When don’t they win?* Tom Brady and Wes Welker are making the most dynamic pass, receiving, friendship of our time. Not since I walked in on Montana and Rice hot tubbing together have I seen such marvelous receiver-quarterback psychic connection. I think they’re destined for greatness, maybe!

2. Bills – When don’t they win?* I like these Billy-Goats! That’s their new Dowdname.** It perfectly reflects their grit and guile. Ryan Fitzpatrick went to Harvard. I think that’s maybe where he got his smarts. The young slinga de la gun performs calm and cool, like a brain surgeon performing heart surgery or an astronaut performing space heart surgery.

**Nickname created by Rick Dowdman. Others include: Jaxahawky Jags, Seesaw Sproles and Bogart. Guess who Bogart is… it’s so obvious!!

3. Seahawks – I think Tavaris Jackson has finally turned a corner. Maybe. It is certainly possible and I wouldn’t doubt it. Can he play well? I don’t know, only time will tell. Hopefully he plays well enough to keep playing well. Maybe he can. I think.

4. Dolphins – They didn’t lose. Sparano’s finally turning a corner with these guys. Maybe they’ll believe in their coach again. Wildcat formations are coming back, but who to run it? TEBOW! Get the gunslinga. Hell, Denver only has one PLAY TEBOW sign: Floria must have twenty thousand! I think!

With the Pueblos, we always had a billboard about playing some new QB or another, hell that's where I got half my ideas!

5. 49ers – Speaking of QB’s taking a turn: how bout them Niners? Alex Smith has taken the grit and guile of his last five offensive coordinators and turned himself into an elite package. As a former GM, I think the constant coordinator rotation was genius. Now Smith can run literally any offense ever. Instead of getting a “usual” turkey on toasted rye, he got the whole deli on a party platter: corn beef, pastrami, ham, roasted chicken….But will he use it? I think he will, maybe.

5A. Green Bay – Sure they’ve lost the excitement of Gunslinga Number 4 and sure they won the SB last year, but I think just maybe this team is pretty good. Not sure yet… time will text us.

5B. San Diego – More like Los Angeles! That’s right, Chargers might make the leap. And they’ll be better off I think. LA is Kobe’s town but San Diego belongs to whales. 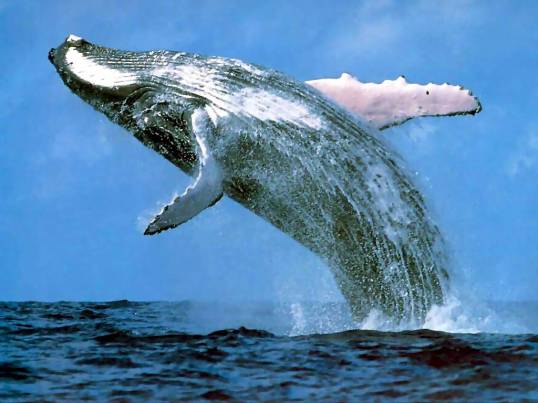 Look at that thing! Can it block? CAN IT GUNSLING!?

The Dowd box’s been full of your letters and inquiries. Ladies and gentleman the Dowd feels the love. Like waking up everyday to find a steaming fried egg with bacon lying between two delicious sesame seed bagel buns.

Someone asks: HEY DOWD, DO THOSE RECLINERS DOUBLE AS BEDS? Do they? They quadruple as everything! Why buy furniture, drawers and beds when I;m living in one? It’s basic recycling. I think I maybe might possibly put some wheels on one of my chairs: the wheelcliner. That’s a great name I think.

DEAR MR. DOWDMAN, Ha, what a scamp. COULD YOU BE MY DAD? You wouldn’t believe how many letters I get involving a boy searching for his dad who thinks it’s me. Son, I’d love to. You got the grit and guile it takes to be a son! I think I can tell. But I’m sure your dad is plenty gunslinga enough. A team can’t have two QB’s. Ever. It’s stupid.

CHANCES RAIDERS EMOTIONAL JOURNEY TAKES THEM TO SUPERBOWL? I’d give or take 98%%. That’s conservative I think. No way they are not Super Bowl bound I think.

HOW ABOUT THE GIANTS? CAN THEY DO IT WITH THAT DEFENSE? Can they? They are my Dowd-Index Number 1 team!*

*Ed Note: They were not even included; the team that beat them were Dowdman’s number 3.

Well, that’s it for the Dowd. Time to relax, cozy up against the TV and watch some Kutcher styled, watered down Two and a Half Men. Like Al, Hank and my Pueblos, I’ll miss ya Charlie. You’re the pepper to my Sante Fe sandwich: necessary.